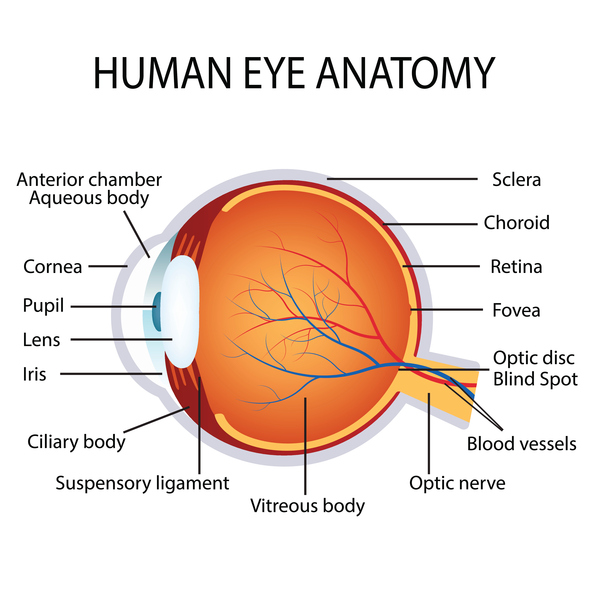 If non-accidental head injury (or shaken baby syndrome) is suspected, it is likely that an ophthalmologist (specialist eye doctor) will examine your child’s eyes to see if there are any retinal haemorrhages present.  Retinal haemorrhaging is one of the three signs of the ‘triad’

The picture to the left shows the eye from the side and labels the parts that you are most likely to come across within an expert report.

It is well established that retinal haemorrhaging can occur at birth but in most cases these haemorrhages will resolve within 4-6 weeks.