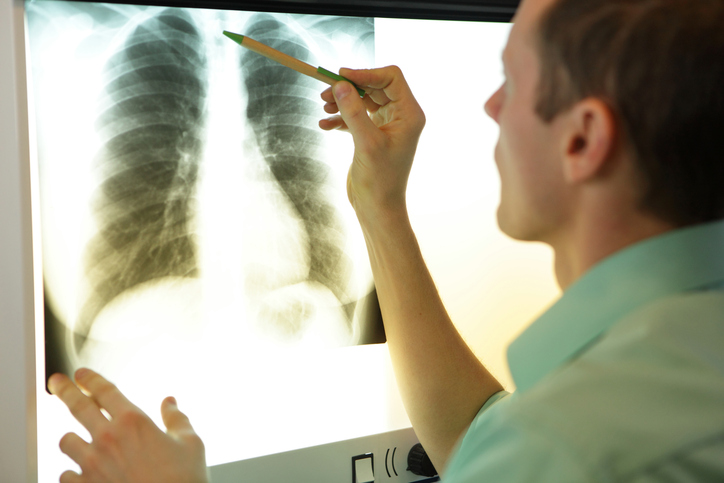 When a rib fracture is identified in an infant, doctors are likely to have concerns and care proceedings may be initiated.

The mechanism to fracture a rib is usually thought to be squeezing or compression of the chest.  The amount of force needed to cause a rib fracture is not known but it is thought that normal handling or rough play would not cause a fracture in a child with normal bones. The ribs of an infant are soft and pliable/bendy so it is thought that considerable force is necessary to break them.

Direct research on force is lacking due to the limits on experimentation, however, literature often considered to back up this theory includes a 50 year review of CPR carried out on children (where the chest is pushed hard – by a third – to resuscitate) in which very few children sustained rib fractures and a review of rib fractures during the birthing process (although babies have their rib cage squeezed during childbirth, there are very few reported cases of fractures as a result of birth).

What must be borne in mind, however, is that most children do not receive chest x-rays after CPR or after being born.  The precise number of children to sustain fractures is therefore probably higher but is currently unknown.  Most experts, however, remain of the view that the birth must have been difficult or traumatic in some way and usually involve the use of forceps or vacuum delivery or a very large baby.

When a rib fracture is fresh, a parent or doctor may feel movement within the torso or hear crackling which is known as crepitus.  This is the ends of the fracture rubbing against each other.

There will also be late stages of healing apparent at approximately 4 weeks and it is expected that the fracture will heal entirely by 3-6 months. The rate at which healing takes place is variable in different children.

Many experts believe a child would show distress on receiving a rib fracture.  We are often told in court that adults find rib fractures very painful, especially on breathing and movement, and therefore a child is likely to feel the same.  Research tells us, however, the pain threshold is different from child to child. It is the current consensus that a parent who did not cause any injury would not know that there was a fracture as although the child may be distressed/unsettled it is often unspecific and may be put down to teething or colic.  Indeed, it is quite common for GPs, nurses and triage doctors to miss a rib fracture on examination.